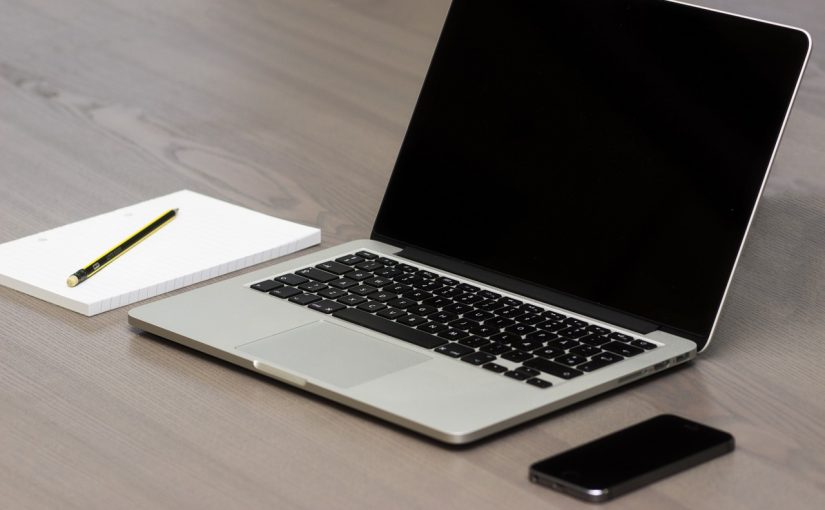 I’m a minimalist. Everyone has a different interpretation of minimalism, most will see it as a target for financial savings, while another have idealism to reduce consumption and human influence on nature, while there are some people that it means for them being homeless and living in a tent. Some people have taken it to extreme of miserliness and focusing on the pursuit of money. Since there is no specific definition or rules for minimalism but a great essence that perhaps some of those who defined themselves as such didn’t understand yet, I decided to share with you my dear readers what it means to be a minimalist for me.

Prevent to have many things

It’s not always easy to give up things. Almost every adult person gain material things in his life, and most of them have emotional value, a thing that evokes memories or that was given by a close person, etc. This is why it’s also hard to part from them. But it starts with thinking about valuing what you have now and most of you don’t even know. Most of your possessions sit for years in dark places. The fact that you have stuff and you have feelings for them doesn’t mean that you appreciate them. You only think so, but in fact, in most cases, an average person who accumulates things neglects them for many years and doesn’t even remember what things he has and where.

Is a valuable things that will remain in your closet for years without use will help you? There is always thought that one day it will be necessary, but in fact it’s an erroneous thought and it’s possible to think of any item as such. All can be used. Extreme cases are agranos who think that every little thing can benefit them but it’s only an illusion. So does the average person, who thinks he has things that are useful to him and continues to store more and more over the years.

What is not minimalism – stinginess and childfree

There is no specific definition of minimalism, but I certainly would not agree with the definition of the line of thought of some people who have minimized the essence of minimalism in a strange and inconceivable way for me and decided that it’s necessary to “spread the word.” Giving up children (Voluntary childlessness) completely for the sake of financial savings? Instead of shampoo and soap to use lemon? And I’m sure people who are so dedicated in this also read my blog, so for those people, I have nothing against you but it’s important for me to open your eyes that for happier life by this thinking I doubt if you will ever reach. This is not the essence of minimalism for me and certainly not the pursuit of financial savings.

The pursuit of savings can lead the world to a major economic disaster. I have no statistics and I am not an economist, but simple logic thinking means that there must be interaction so the people can continue to exist. If there is a manufacturer then there must also be a consumer. If one of them is missing then the other can’t exist. There is no wisdom in preventing people from consuming products or making purchases. This isn’t a solution at all! If more and more people choose to do so, we will see here idle stingy people without family or children who don’t contribute or help anyone. Shall we call them focused on their own? Egoists? I can’t find a good word to use. But it’s a diaster.

This is not only common in Israel but also abroad, and I have asked many people and heard how they defined minimalism, and it seems that not everyone really understands the essence of it, but at least there is a significant part that understands, in the same line of thought of mine. But this doesn’t mean that cheap things are better, but rather the opposite, focusing on higher quality things that will usually be more expensive but will also last longer, which is the difference between stopping consumption and improving consumption, not preventing consumers from buying, but teaching them to buy better.

Being a minimalist doesn’t mean to go down in quality of life but to surpass it. The goal is not to give up things we loved or pleasures but to focus on those that are most important and useful. Targeting is important, even if in terms of resources we will have unlimited capital yet our time will be limited. So as we reduce focus on unnecessary things, we will have time (and perhaps more money) to deal with things we do. So need to start thinking about what makes us feel good, what is our focus on life.

To be a minimalist as a musician

For me, for example, this is the music that is part of my life and without it I see no point in life. A musical instrument is like a hand and a foot. It’s part of you when you’re a musician, I want to use a better word than “professional” because commercial or popular is not an indicator of anything, but a real musician, will invest all his money in a musical instrument. This is a basic need for all musicians, such as air for breathing and food and water, so to pay a musical instrument 10k dollars, the monetary value is nothing compared to the value of the instrument itself to the music created by the musician. And there are musicians like me who play a number of instruments so need them all so it’s a bit difficult to be a minimalist and I realized that for a musician it’s hard to be a minimalist because any real musician will never give up his music or instruments. Apart from musical instruments, there is also the recording and production equipment. Although there are musicians on the move but a musician must have a base, at least that’s how I feel as a musician, I have to have a quiet, orderly place with all the instruments and equipment I need.

I personally had quite a few musical instruments, including a number of rhymes, violins, saz, keyboards, clarinet, mandolin and more until I decided to quit some of them I didn’t played for a long time. The musical instrument I can never give up is the bouzouki. This is my main tool that accompanies me from a young age and with it I will continue all along.

There is no compromise in music, so a good musician needs the best instruments that produce the best sound and such instruments cost quite a bit of money ($$$$). And a real musician will not think of instruments as tools and certainly not think about the return of investment. Music should come from the heart and be true. So I think that if a musician is focusing on music he can quit the rest of the other things and focus and invest in everything related to his instruments and accompanying equipment.

Apart from being able to focus on the things we really love, as minimalists, we avoid being a consumer herd and buy non-essential goods for cheap products produced in Third World countries by workers who work hard under sub-conditions in various factories. We will focus on using existing objects for us or others across the production of other products. What should be avoided is a cheap productions since most of these products will be cheap and will not hold long.

In the past, people would buy expensive leather shoes and paint, repair and renovate them for many years. Today, they buy cheap shoes but throw and change every week. Think that the world’s population grows every day and where all these piles of garbage go. Using a good product that will last a long time and accompany each person is preferable to a disposable product that will go to the garbage after a short period and will force us to buy an alternative product that will not last longer than the previous one.

I would choose the phrase “one man’s trash, it’s gold to someone else.” Collecting is not agglomeration, when there is a collector who chooses to accumulate a collection of certain items, I see it as something beautiful and appreciative to speak. And there’s also something ecological about it, instead of throwing things that are out of use, you can preserve them as collectors. Everything is of course within the norm, and a line should be drawn between hobby and agglomeration as a disease.

Once you have extra capital you can help your friends or others who need it. Think how much the world can be better with each other’s mutual help. If many people will want to help each other in a crisis they will be able to do so even without much money. A person who can pay 1$ or $5 to someone else can help him a lot if there are more people who will join to contribute and help in same way.

Why should one person have a number of properties and homes? It’s enough for someone to have one house and he can contribute and help to others who need it. I am aware that this is not everyone’s line of thought and many will laugh at it but I think that humanity would be much better if there was cooperation and mutual help. We are talking about being human beings with heart and feeling and helping those who need it when it’s possible for us.

We have already seen the housing shortage in Israel that is still present. Many people assume they need a big house for all their things, neither couples nor families but singles people think not to see how a small house can accommodate all their possessions. Maybe you should focus on reducing things rather than thinking about more space and a bigger house.

Don’t see your house as a storage place but as a place to live. The more you can focus on yourself and things that do you good. People who have become minimalists feel blessed to themselves every day that they choose this way. They see how much they can now focus on things that are important to them than before. Fewer tasks and concerns are removed after they have done so.

Materilalistic items always have a substitute but not human life. So be sure to enjoy and accumulate experiences rather than accumulate material things, because these will not give you happiness. It’s just an illusion. The happiness you will find is from close people and family and the experiences you have accumulated during your life. Be sure to go on trips and enjoy and if you have a family is essential and important in life.

So how do you start being minimalists?

Check what you have. See if there are things that you have not used for a long time and you are not expected to us, which you can donate or sell. Avoid keeping things you don’t need. If it’s still usable products make sure that someone who needs them will use them.

It will not be easy for you to start separating from things that you have accumulated over the years, but there should be a beginning if that is your desire. There are certainly items that you have an emotional connection, especially those that you inherited, so think if you want to part with them. Start with things that you are sure you don’t use and move slowly to other items which are more difficult to separate from them.

Solve all the mess in the house. Minimalist’s house is neat and clean, not a house crammed with unnecessary pictures and ornaments. Stay organized and clean everywhere and highlight the things that matter to you, the ones you want your eyes to focus on.